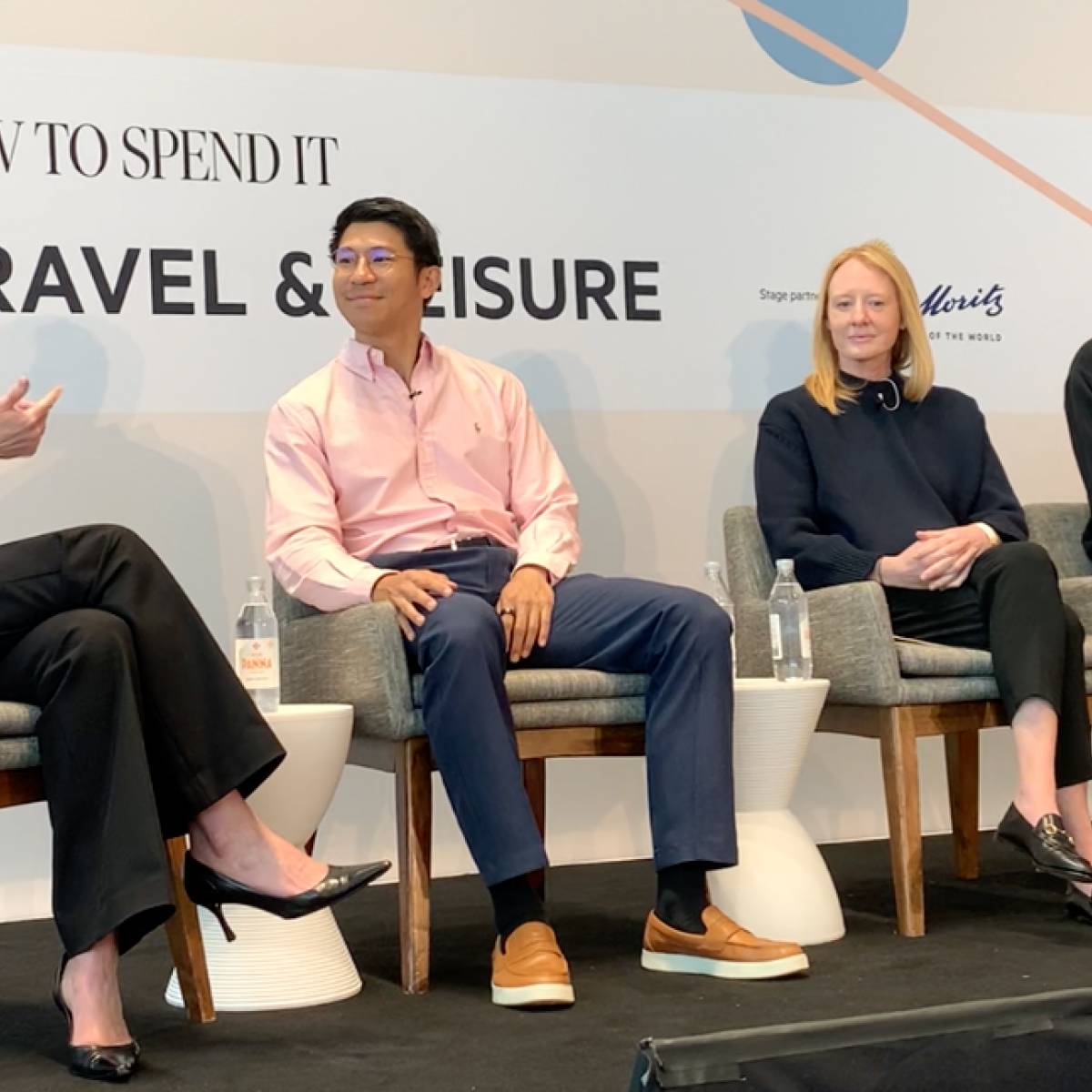 On May 7, 2022, Jeff participated in a lively panel discussion at FT Weekend in Washington DC. The panel was called: Microdosing, mushrooms and the million dollar boom in marijuana. On the panel along with Jeff were Nicola and James Stephenson, owners of oHHo, an upscale cannabis online and brick and mortar dispensary with locations in Bedford NY and Florida, Julie Holland, MD author of Good Chemistry: The science of connection from soul to psychedelics and Moderator Maria Shollenbarger, HTSI travel editor.

Here are some clips from the panel and edited transcripts.

Medical use of cannabis was able to change the minds of both laypeople as well as legislators and representatives. A lot of the support for cannabis came during the HIV/AIDS epidemic, because so many patients were using cannabis to treat their pain, nausea and maintain weight loss, as it gave back patient’s appetites. The groundswell support for cannabis came from the first medical laws that started in states like California and spread.

Support for hemp came from people who were championing new cash crops, which happened to be Republicans. They wanted a cash crop for farmers who weren’t making much money growing tobacco and corn and thought hemp could revitalize agriculture. They were correct. Hemp is defined as having very low THC, so it’s not intoxicating, but you can extract CBD and all these other cannabinoids from it. A vast majority of mainstream Americans are pro legalization. Bills have recently been introduced into Congress for sweeping legalization of cannabis. Both sides of the aisle are down for it. Regulated cannabis is safer for everyone because it takes tax revenue away from the illicit market and puts it back into the coffers of government.

Legalization is an equity issue. There are still people in jail who were in possession of cannabis or sold cannabis on the streets. Surrounding discussions about cannabis legalization discussion is that idea that states should set aside revenue to reinvest in communities that have been harmed by the war on drugs.

Dr. Jeff Chen on How Do Psychedelics Work on the System

Plant medicines or cannabis are nothing new. Civilizations have had relationships with plant medicine for thousands of years. Indigenous cultures including the Chinese, Greeks, Persians and the Romans had rites of passage where participants would go through a psychedelic experiences with Ayahuasca, mescaline or cannabis. During the 1970s in the U.S., there was research being done into the medical uses of psychedelics. Then the Controlled Substances Act was passed by the Nixon administration. Almost all of the psychedelics I just mentioned became Schedule 1 drugs.

Once these compounds were put into a Schedule 1 drug category, research became extraordinarily difficult, slow, defunded and stigmatized. We have a half a century of lack of research in the U.S. Fortunately, a few pioneers have maintained psychedelic research like a candle sheltered from the wind throughout all these decades, still finding ways to get money, predominantly in the U.S,. but also the cannabis research that’s being continued in Israel.

Currently, the bulk of research funding into a potential drug or a product comes from pharmaceutical companies, as they have a vested interest, since drugs can be patented and monopolized to reap huge profits. Nobody can invest hundreds of millions of dollars in something that’s generic. Much of the psychedelic research and cannabis research has largely been funded by philanthropy, which is really an interesting shift. With more mainstream research beginning to happen, it will become one of the main ways that we’ll see the stigma lift.

The UCLA Cannabis research program was not a generously endowed program. We were one of the first research programs attempting to run clinical trials on a Schedule 1 drug. Despite UCLA being a public university located in the state of California, which legalized medical cannabis in 1996, we had to abide by every single federal law, ignoring the state laws. All of the cannabis that we studied had to come from a federally funded farm in Mississippi. It was very bizarre. And in terms of funding for the research, it was easier to get funding if we were studying the harms of cannabis. The U.S. government has funds set aside and departments to fund that. But for studying the possible medical benefits, a lot of that to come from philanthropy. Recently things started to shift, where we were able to get some grants to study cannabis for medical use, particularly for conditions like chronic pain. This is in response to the opioid crisis and epidemiological data that indicates U.S. states with legalized cannabis tend to have lower rates of opioid overdoses.

100 million Americans have access to state legal cannabis, whether medical or recreational. But any cannabis they can access cannot be put into official clinical trials. Universities will not allow this cannabis in their labs. Therefore, the research is still quite limited.

In terms of the psychedelic sector, only Oregon has legalized these compounds, which are supposed to be in place by the end of the year. The exact details are unclear, but it looks as if Oregon is de-prioritizing prosecution and making psilocybin therapy available. In the same way that the rest of the states looked to California and Maine when cannabis was just becoming legalized, the rest of the U.S. will look to Oregon to see how this plays out.

Dr. Jeff Chen on The Future of the CBD Industry

For a very long time cannabis was synonymous with THC, which is the principal intoxicating ingredient in cannabis. Then we discovered CBD, a cannabinoid, and now we know there’s well over 100 cannabinoids that occur nowhere else in the natural plant kingdom aside from in the cannabis plant. CBD was the first non-intoxicating cannabinoid that manufacturers were able to develop and turn into a product, because it tended to be abundant in hemp, which became legal in the U.S. as an agricultural crop in 2018. As we learn more about CBD, such as how to dose and deliver it properly, we foresee this knowledge will unlock further potential for its use. There are so many interesting cannabinoids found in this plant that was deemed a Schedule 1 drug. In terms of research, we still have so much to learn, like: What do all these other cannabinoids do when they find themselves in synergy with CBD? How do they interact with THC? There’s a lot of whole Cornucopia things waiting to be discovered and utilized.

We’ve uploaded a few more videos to our YouTube channel so please subscribe to that if you’d like to get these short clips which might shed light on CBD, cannabis and psychedelic research in the U.S.